A prominent and highly respected northern California sculptor, Roger Berry, who has been called a “monumental master” has been commissioned to make over 30 site-specific sculptural works for municipalities and corporations from the West Coast to the United Kingdom. Berry attended Raymond College at the University of the Pacific, Stockton, California and graduated in 1972.

During the 1980s, Berry created a series of large steel outdoor sculptures that solidified his position among artist as the crest of the Bay Area Art community’s “next wave”. Some of Berry’s widely known works include Rising Wave (1979-1984) and Duplex Cone (1982) for the East Bay Regional Parks, Sisyphus (1983) in Dublin’s Civic Center, Melquiades (1984) in San Jose, Shadow of a Point (1987) in San Mateo, Annual Ring (1987-2009) at Santa Rosa Junior College, and Steel Eclipse for the Crocker Museum. Other recent commissions include the 20-foot stainless steel perspectives in Cupertino, as well as Silicon bronze pieces Brutus for the Berkeley Repertory Theater and Lariat for Hayward’s Kaiser Hospital as well as Trio in Walnut Creek.

Berry has shown widely in galleries from Chicago and New York to San Francisco, and has served as president of the Crocker Art Museum, Association Board of Directors, visiting instructor in Sculpture at the University of California at Davis, design team member for San Francisco’s Embarcadero Parkway Master Plan, member of the California Arts Council’s Art in Public Buildings advisory panel, and fellow of the Djerassi Foundation in Woodside, California.

Berry’s Darwin at Oliver Ranch is composed of two rolled corten steel cone segments welded together at the base. The steel arch sits on a concrete foundation approximately 6 feet wide by 12 feet long and 3 feet thick and beneath that foundation are 4 feet deep concrete piles. The sculpture is firmly affixed to the ground. The upper arch of Darwin exactly tracks the winter path of the sun and the lower arch tracks the summer path of the sun. On the summer and winter solstices, the shadow cast on the ground is only from its respective arch. On the spring and autumnal equinoxes, the shadow cast is exactly split by a strip of light that comes down through the center of the arch. The accuracy of this shadow split by the light is within one millimeter. 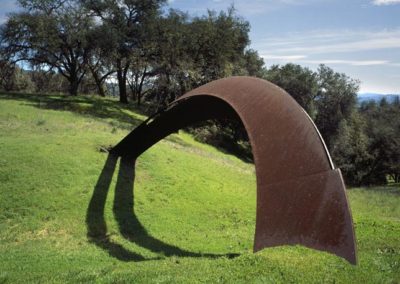 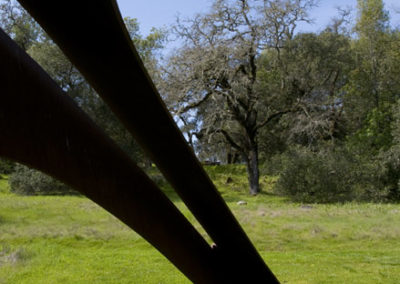 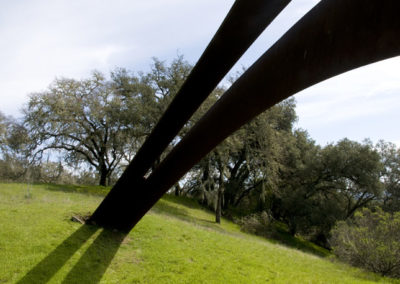 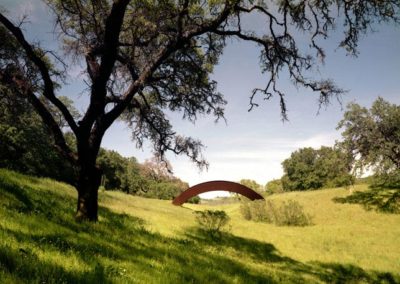 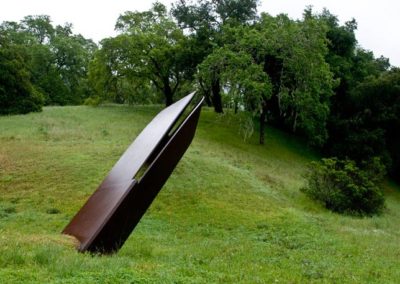 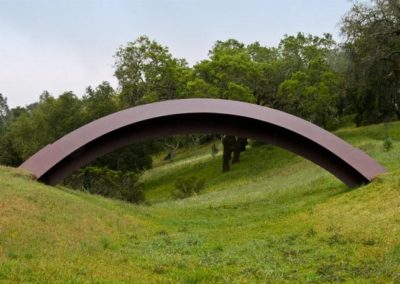