Robert Stackhouse rose to national prominence soon after the opening of his first one-man show in New York in 1976, and by the 1980s he was regarded as one of the country’s most eminent young sculptors and has become a major figure on the contemporary art scene. Stackhouse describes his sculpture as a result of twisting a two-dimensional plane into three dimensions. All his projects are site-specific, and every project he makes is a consequence of spacing or massing pieces of wood of equal dimensions but of varying length. The works are always in human proportion, creating an intimate encounter all the more powerful because of the sculpture’s modesty of scale, and further enforced by the fact that all of his objects are made to be experienced kinesthetically, placing the viewer on, in and around the structure.

Stackhouse’s Russian River Bones, completed at the Oliver Ranch in 1989, is the culmination of a series of projects from the late 1980s, including East River Bones (Long Island City, NY, 1987), St. Louie Bones (St. Louis, 1988), and Les os du Quebec (Quebec City, 1989). Russian River Bones is noteworthy because it took a different approach to relating to its landscape setting compared to the other recently completed site-specific works. By raising the deck higher off the ground, Stackhouse created a strongly articulated architectural space. Looking to earlier works, including the Crosby Gardens Projects (Ohio Prospect bones, 1987), for inspiration, Stackhouse says, “…there was architecture, carrying over from … earlier structural works.” As such, Oliver Ranch Bones is looked upon as an important link in the continuum of Stackhouse’s sculptural development.

Other major outdoor sculptural installations following Oliver Ranch Bones are Missouri Shift (Springfield, MO, 1997); Missouri Bones (St. Joseph, MO, 1998); Angel Way (Chicago, 1998); and Michigan Swell(Western Michigan University, 1998). Stackhouse’s work is in the collections of the Art Institute of Chicago; the Philadelphia Museum of Art; the Museum of Contemporary, Chicago, and the Museum of Fine Arts, Boston, among many others.

Russian River Bones comprises of 260 columns of pressure treated wood, all of the same height, supporting an intricately joined wood deck that exactly replicates the land below. The columns are pitched so as to provide three concentric passages beneath the deck, for an individual to walk through and a solid deck surface to walk upon above. The sculpture is affixed to the ground. A ladder, built by the artist and painted the same color as the sculpture, hangs from a branch on a nearby tree, ready to be lifted down and placed upon the deck. The deck is approximately 7 feet above grade and 120 feet long in a boat-shape form that is typical of the artist’s interest in the form traversing the landscape. 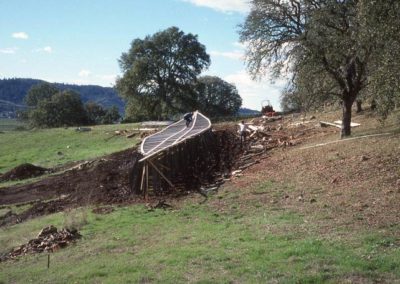 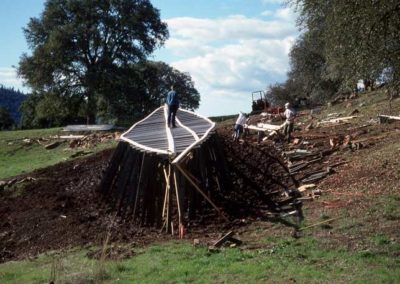 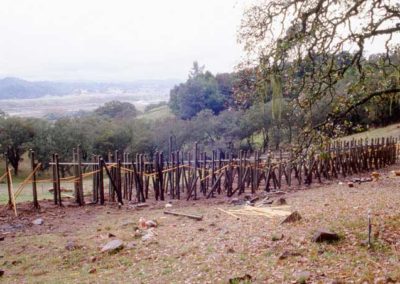 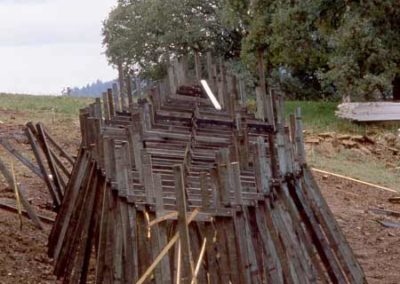 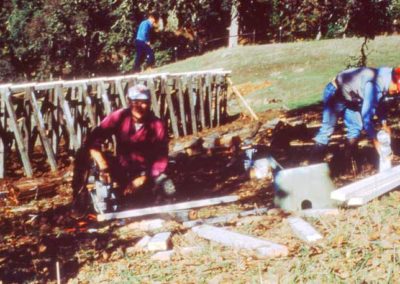 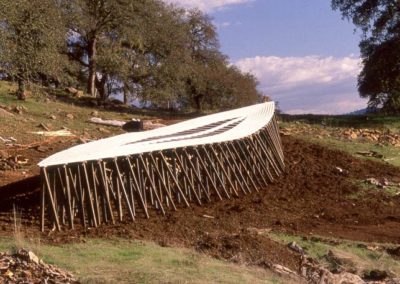 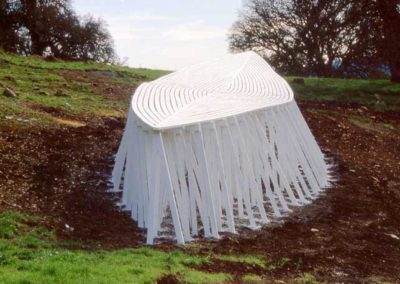 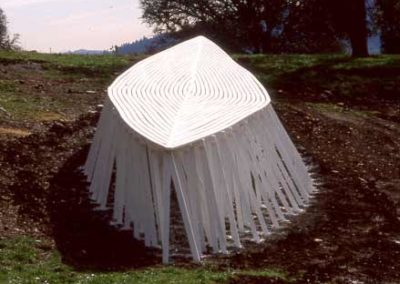 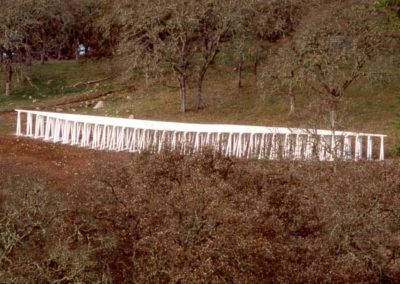 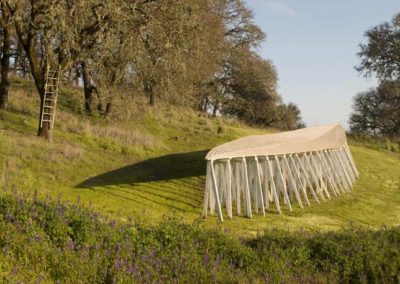 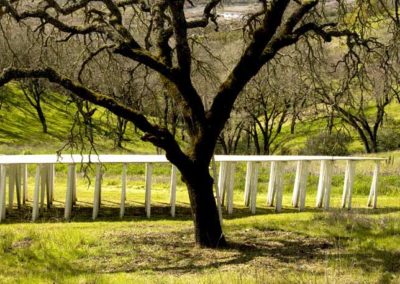 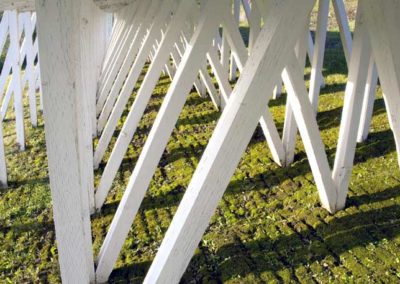