Born in Warsaw in 1958, Miroslaw Balka is not only one of Poland’s most prominent living artist, but is considered by some critics to be the foremost Eastern European sculptor of his generation. Virtually all of Balka’s work has centered on his early life, beginning with his dissertation exhibition as a graduate of Warsaw’s Academy of the Fine Arts in 1985. The intensely personal Souvenir of the First Communion immediately brought Balka to the attention of the art world and later included in the 1995 exhibition Rites of Passage: Art for the end of Century at the Tate Gallery in London.

By the beginning of the 1990s, Balka had already been included in all of the major international survey exhibitions in Europe, such as Metropolis in Berlin and Documenta IX in Kassel, which secured his reputation as a remarkably focused and sensitive artist. In 1992, he had his first solo U.S. show at the Renaissance Society in Chicago.

Some of Balka’s first site-specific sculptures were created for the 1993 International Triennial Exhibition Sonbeek in Arnhem, Holland. That same year, Balka created a full scale architectural reconstruction of the Otwock house/studio for his installation at M.I.T.’s list Visual Arts Center in Boston; and in the prestigious Venice Biennale of 1993, the polish pavilion was devoted entirely to Balka’s installation Soap Corridor, again based on his family house in Otwock and incorporating electrically heated slabs to the temperature of the human body.

The only outdoor sculpture by Miroslaw Balka in the United States, the Oliver Ranch site-specific sculpture is a footprint of the artist’s childhood home in Poland. It includes his bed and the bed his mother was born in. In each recessed bed-like form, there is a recirculating water pump that runs a stream of water out of the side of the recess and into a hole in the bottom of the bed in a pillow-like form. Using material local to California, the sculpture can truly be called site-specific, while evoking Balka’s highly personal process of examining and experiencing memory and loss. The dimensions of the work are the same as the title of the work in centimeters. 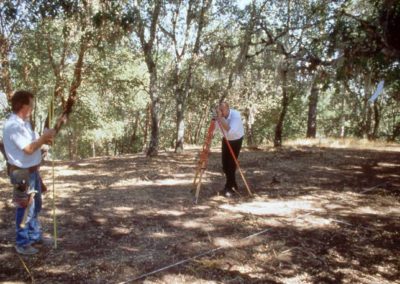 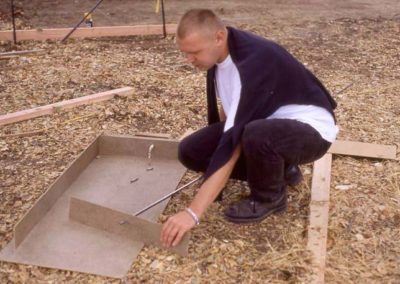 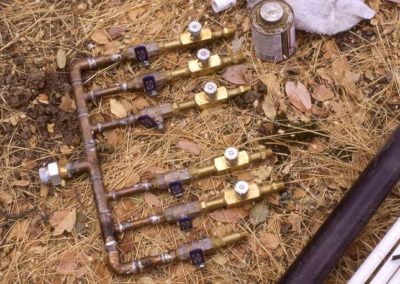 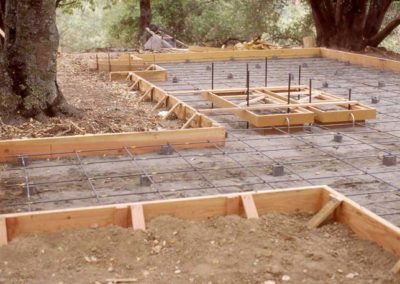 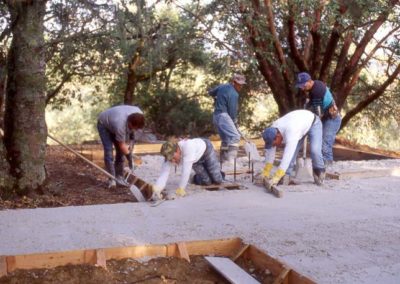 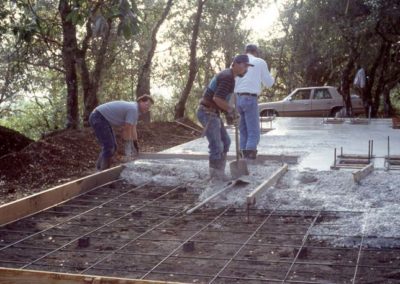 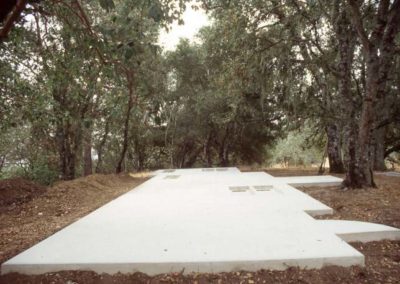 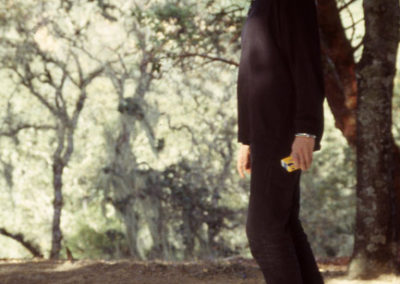 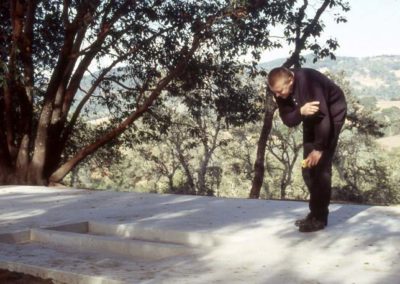 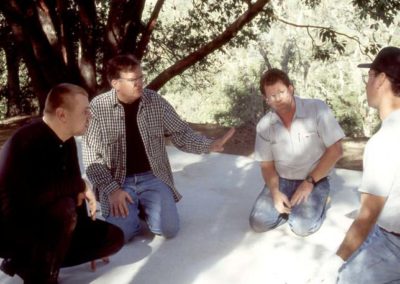 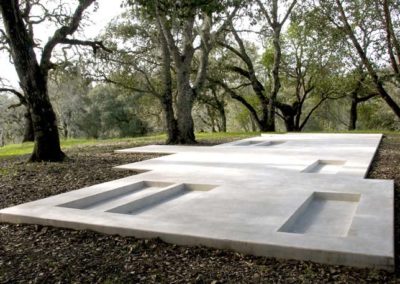 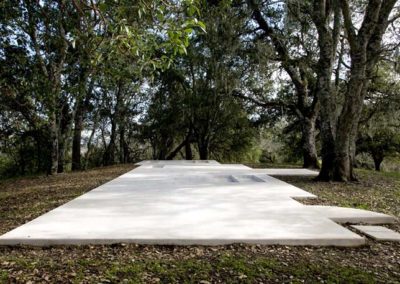 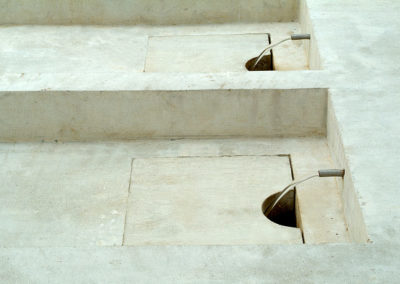