Jim Melchert was born in 1930 in Ohio and received an AB from Princeton University in 1952 and went on to earn an MFA from the University of Chicago in 1957 and an MA in from the University of California in 1961. Melchert has been at the center of the Bay Area’s artistic growth and served as Visual Artist Head at the NEA and the Director of the American Academy at Rome. His work has been exhibited at the San Francisco Museum of Modern Art, the Oakland Museum, the Victoria and Albert Museum in London, and the University Art Museum at UC Berkeley. Melchert has worked in a variety of media, including drawing, film, and ceramics. The path of his artistic development is conceptual, and his ideas led him to a unique process involving ceramic tiles: breaking them, drawing on them, reassembling them and painting the constructions with glaze. He has played a critical role in advancing the art curriculum at the University of California, Berkeley and the San Francisco Art Institute.

Melchert’s Oliver Ranch tile project provides a stylistic rainbow of ceramic tiles that surrounds the border of the pool and a shower for pool users. This installation defines the unique artistic characteristic of the main home and the surrounding property. 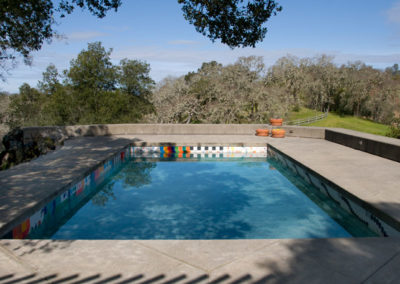 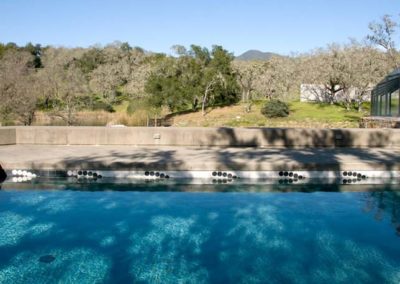 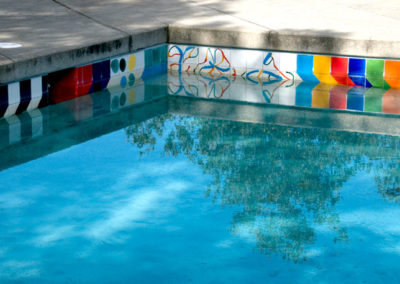 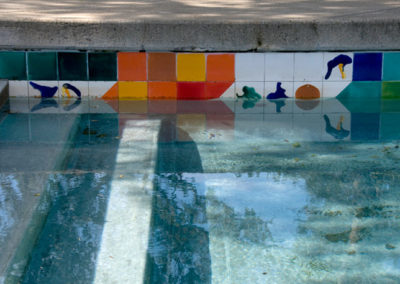 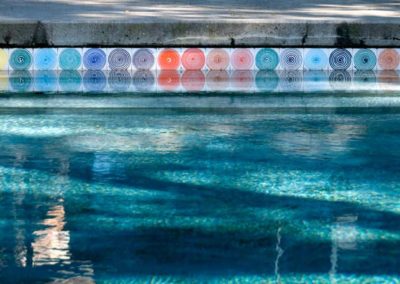