Fred Sandback was born in 1943 in Bronxville, New York where, as a young man, he made banjos and dulcimers. He studied at Yale University, majoring in philosophy, and received his BA in 1966. He then went on to study sculpture at Yale School of Art and earned his MFA in 1969. This is where he met Donald Judd and Robert Morris.

Sandback’s first one-person exhibitions were at the Galerie Konrad Fischer, Düsseldorf, and the Galerie Heiner Friedrich, Munich, both in 1968. Following this debut, Sandback exhibited widely his minimalist sculptures and prints in the United States, Europe and elsewhere. His artwork was included in the 1968 Annual Exhibition at the Whitney Museum of American Art, the Biennale of Sydney in 1976, and the Seventy-third American Exhibition at the Art Institute of Chicago in 1979. In 1981, the Dia Art Foundation initiated and maintained a museum of his work, The Fred Sandback Museum in Winchendon, Massachusetts, which was closed in 1996. Dia presented exhibitions of his works in 1988 and in 1996-97. In 2003, several large Sandback sculptures were permanently installed at Dia’s Museum in Beacon, New York.

Sandback’s yarn, elastic cord, and wire sculptures define edges of virtual shapes that ask the viewer’s brain to perceive the rest of the form. In that way, his work can be considered visionary or imaginative, as well as minimal and literal. Sandback was fond of installing “corner” pieces whose shadows assist with this form completion process. In describing his work he stated, “It’s a consequence of wanting the volume of sculpture without the opaque mass that I have the lines.” and “I did have a strong gut feeling from the beginning though, and that was wanting to be able to make sculpture that didn’t have an inside.”

Sandback died in 2003 and in 2007, the Fred Sandback Archive, a non-profit organization, was established primarily to create and maintain an archival resource on Sandback’s work. 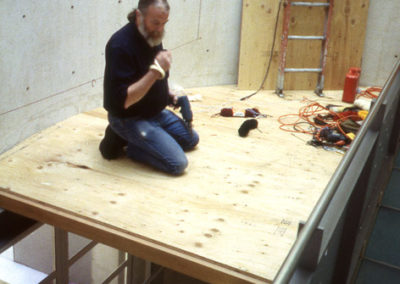 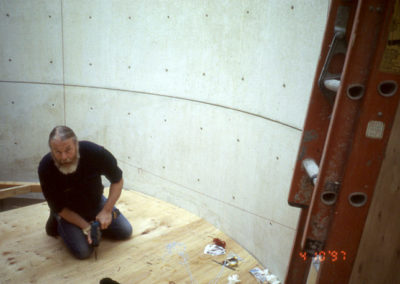 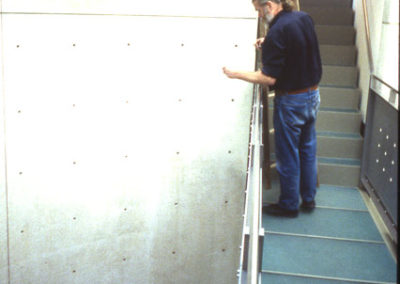 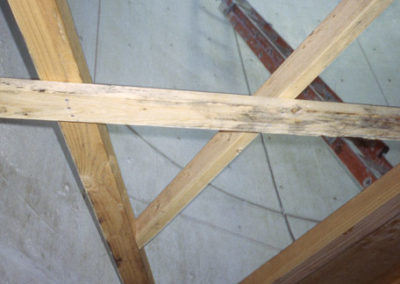 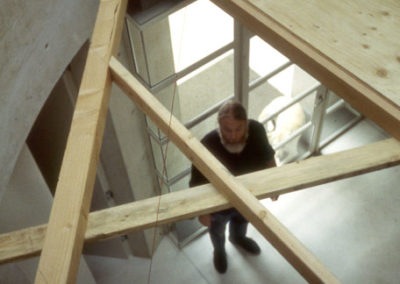 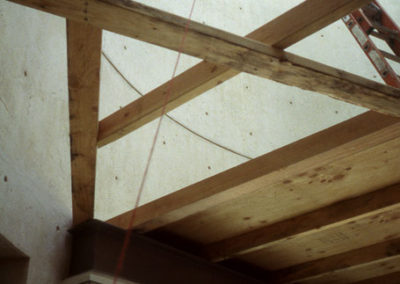 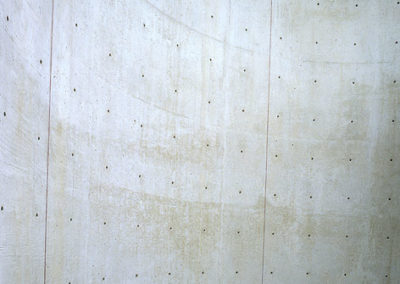 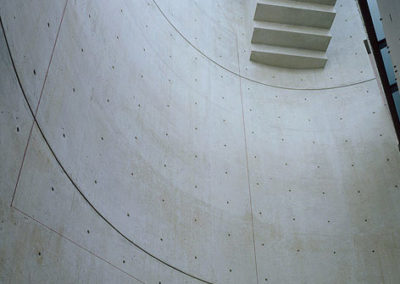 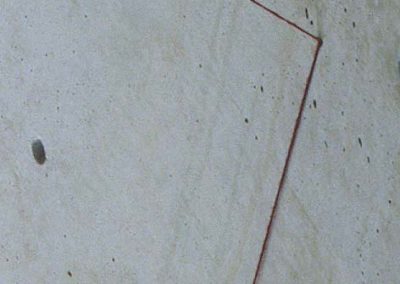