In 2008 the American Academy of Arts and Letters honored Jim Jennings’s four decades of practice with the Academy Award for Architecture. Born in 1940 and having received a Bachelor of Architecture degree from University of California at Berkeley in 1966, San Francisco-based Jennings is known for an unwavering design sensibility; one critic described him as “the quintessential Bay Area Modernist” for the coolly sensuous rigor of his work. His projects—institutional, commercial and residential—have been internationally exhibited and featured in more than 150 publications, including the monograph 10/10: Ten Projects, Ten Years.

A design jury assembled by the Wall Street Journal in December 2008 named Visiting Artist Studios one of the “five most influential and inspiring houses of the past decade.” Other architectural recognition for Visiting Artist Studios includes the American Institute of Architects National Honor Award for Architecture and a Progressive Architecture Design Award in 1991, the year the project was originally conceived.

Self-trained, Rabinowitch began working in the 1960s, first as a painter and then as a sculptor. An early interest in philosophy and science challenged the artist to question what we see. For over 40 years Rabinowitch has developed several cycles of sculptures and drawings. For each of these cycles, he elaborates a set of considerations and properties that condition our experience of viewing them. These works are informed by architecture, science, philosophy, and music.

Visiting Artist Studios at Oliver Ranch is a pair of residential units framed by two concrete walls that provide an elongated surface on which Rabinowitch has carved an intricate design. The two seemingly parallel poured-in-place concrete walls cut through the hill, diverging slightly at the north and converging at the south. The stepped floor creates a shifting cross section through the length of the building to accentuate the perspectival phenomena of elongation and foreshortening of space. Rabinowitch’s site-specific, expansively gestural work is carved directly into the inward-facing surfaces of the concrete walls, in concert and in dialogue with Jennings’s architecture. 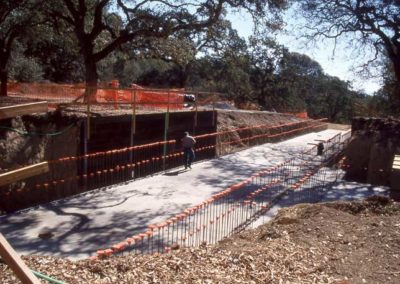 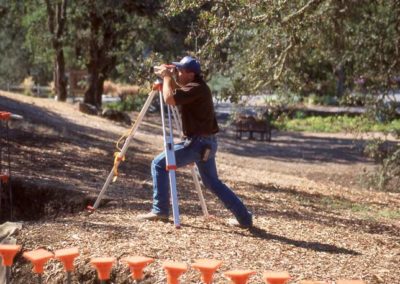 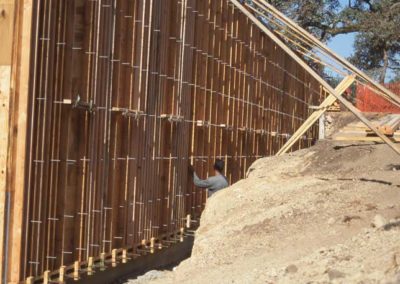 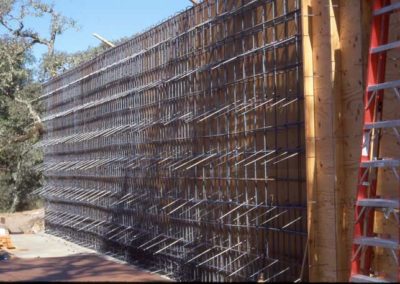 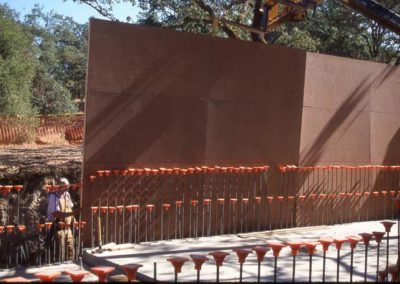 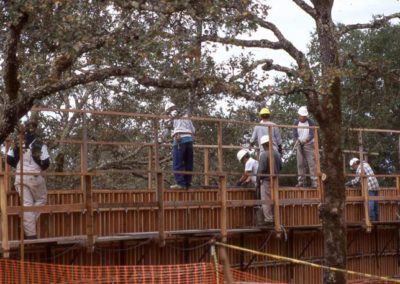 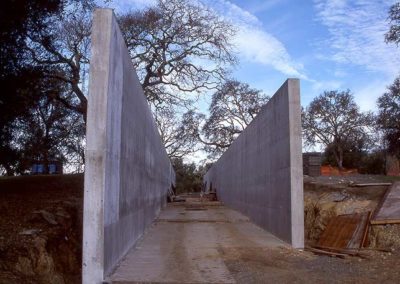 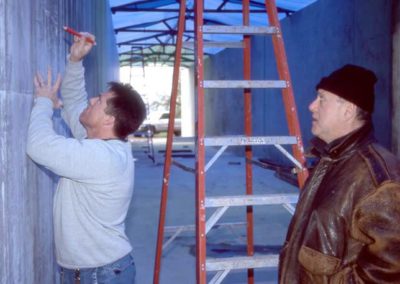 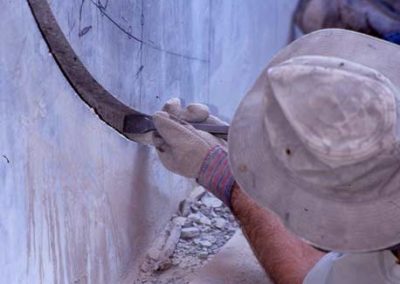 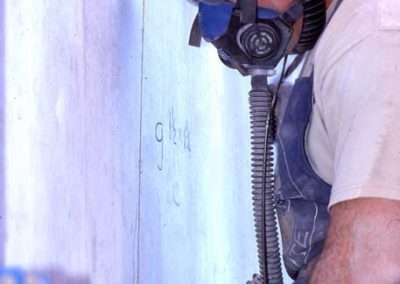 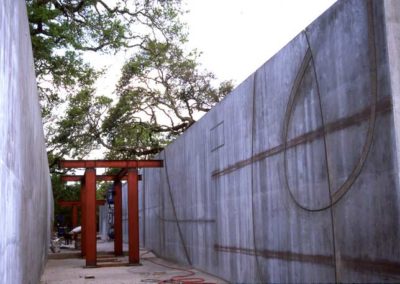 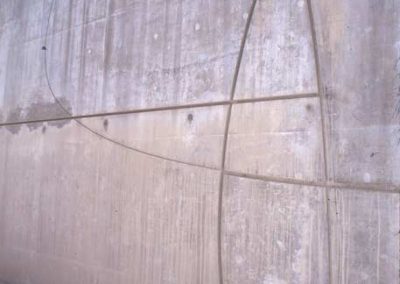 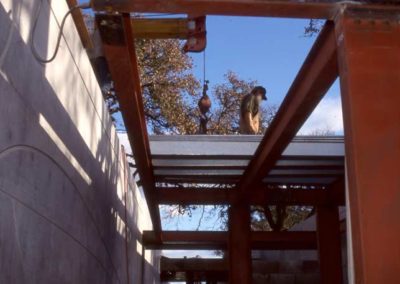 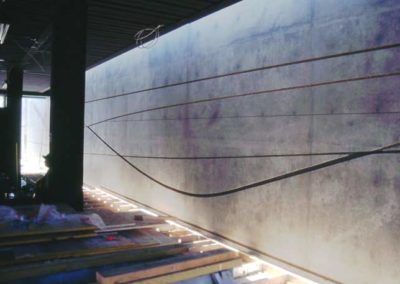 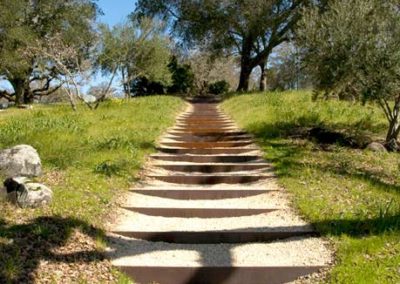 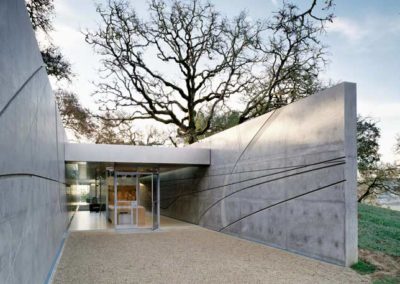 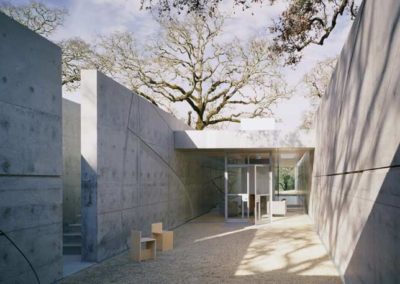 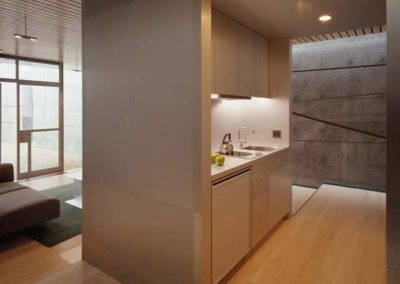 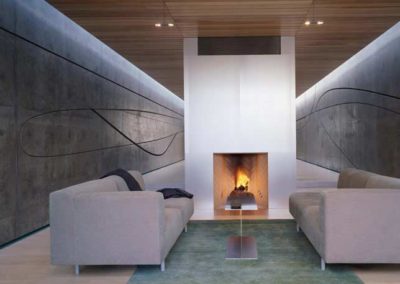