Andy Goldsworthy was born in 1956 in Cheshire, England and grew up in Yorkshire, England. He studied at Bradford College (1974-75) and Preston Polytechnic (1975-78). After leaving school, Goldsworthy lived in Yorkshire, Lancashire, and Cumbria. He moved over the border to Langholm, Dumfriesshire in 1985 and to Penpont one year later.

Goldsworthy deliberately explores the tension of working in the area where he finds his materials and is undeterred by changes in the weather which may melt a spectacular ice arch or wash away a delicate structure of grasses. The intention is not to “make his mark” on the landscape, but rather to work with it instinctively, so that a delicate scene of bamboo or massive snow rings or a circle of leaves floating in a pool create a new perception and an ever-growing understanding of the land.

Andy Goldsworthy spent many weeks at Oliver Ranch creating six to ten temporary installations, two of which he deemed worthy of photographing and documenting. Those are included in the images below. With each of the two he decided to document, he created a small adjacent set of images along with a brief written description of the day and the installation medium. When the documentation photos are installed, the instructions are to include, adjacent to the documentary photographs, the smaller photograph, and the written text. All of the installations on the ranch were temporary: the longest one lasted about three months, the shortest one, just a few minutes. The only surviving record is the photographs that you see below and in the slideshow. 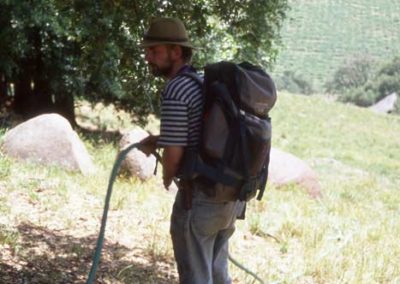 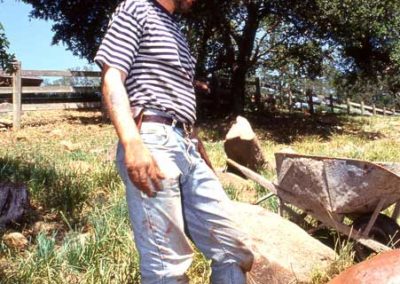 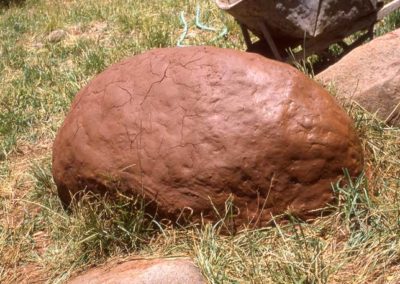 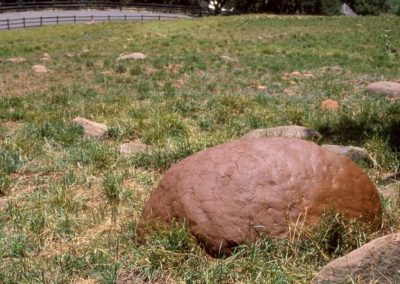 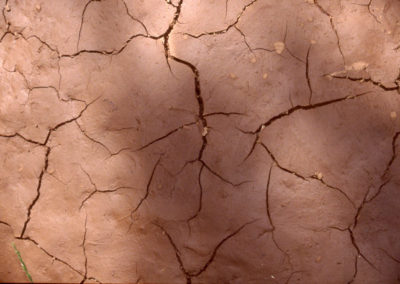 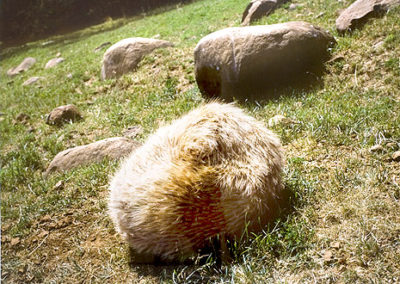 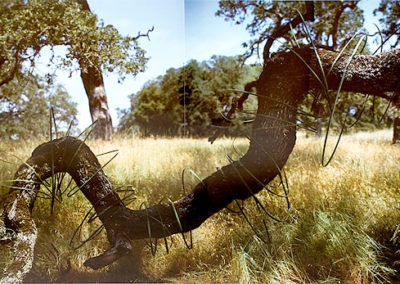 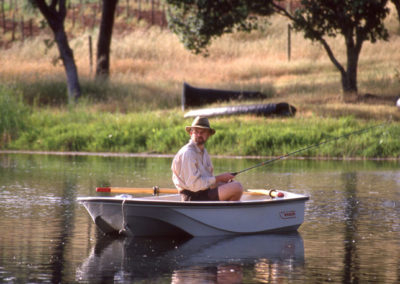 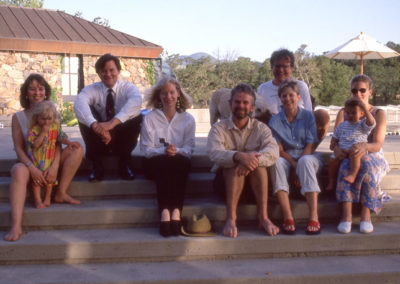