Terry Allen, well known for his installation and performance projects, is a multidisciplinary artist in the truest sense of the term. In addition to his sculptural work and his paintings, writings and drawings, Allen is also a songwriter, composer, pianist and vocalist. He was raised in Lubbock, Texas and graduated from Chouinard Art Institute in Los Angeles and has worked as an artist and musician since 1966.

His numerous public commissions can be found in such places as L.A.’s Citi-Corps Plaza, San Francisco Moscone Center, The Stuart Collection at UCSD in La Jolla, CA and Denver, Houston and Dallas/Ft. Worth Intercontinental Airports. Allen is perhaps best known for his cross-disciplinary project Youth in Asia, initiated in 1983. The numerous works in this series reflect on the experience of the Vietnam War by exploring American value systems through a variety of metaphorical presentations. He has recorded 11 albums and has written songs for film and theater. He lives and works in Santa Fe, NM with his wife, actress and writer Jo Harvey Allen.

The Oliver Ranch humanature installation consists of 2 life-size figures, one male and one female, originally carved in clay, from which a plaster cast was made, followed by a single unique casting in bronze. The female figure is attached to a boulder into which her head disappears. As she bends down, she kicks up her high heels and her skirt flares out behind her. The headless male figure is leaning against a tree and has a concrete foundation. His necktie is askew and his shirt hangs loose as his pants are bunched up at his feet. They are affixed in place and unintelligible voices emanate from the trees near the two. Allen symbolizes the all-too-human trait of “turning a deaf ear”, or burying the head to avoid the obvious. 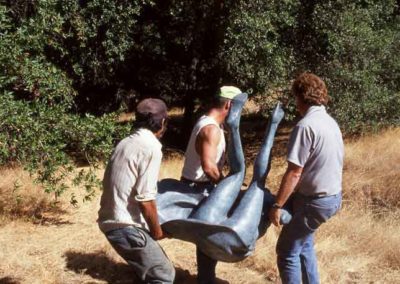 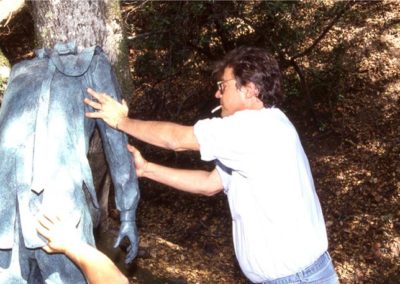 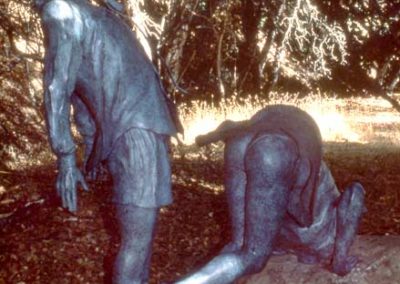 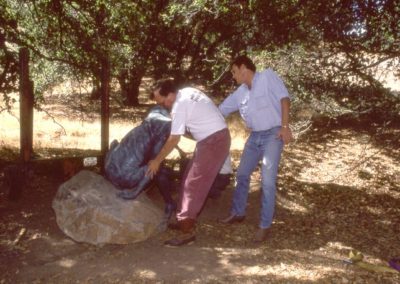 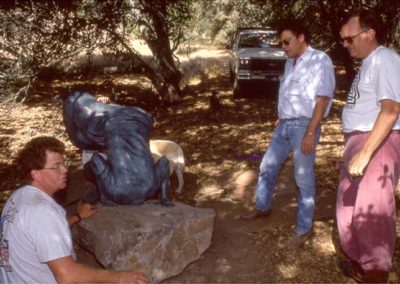 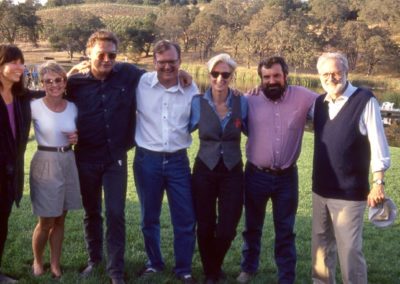 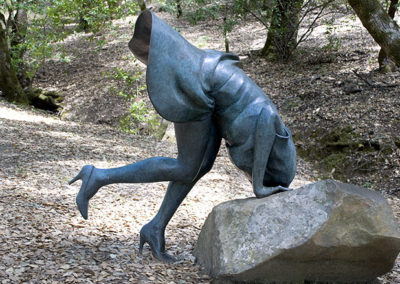 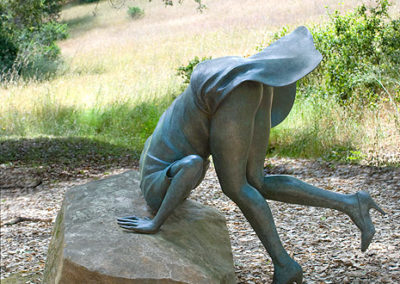 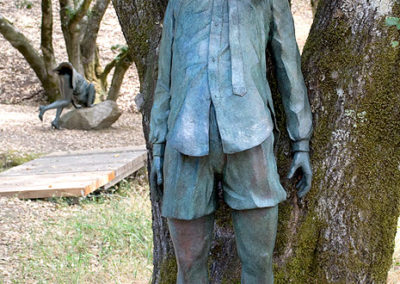 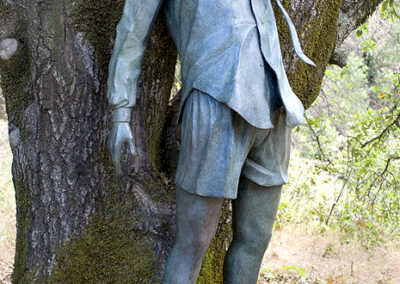